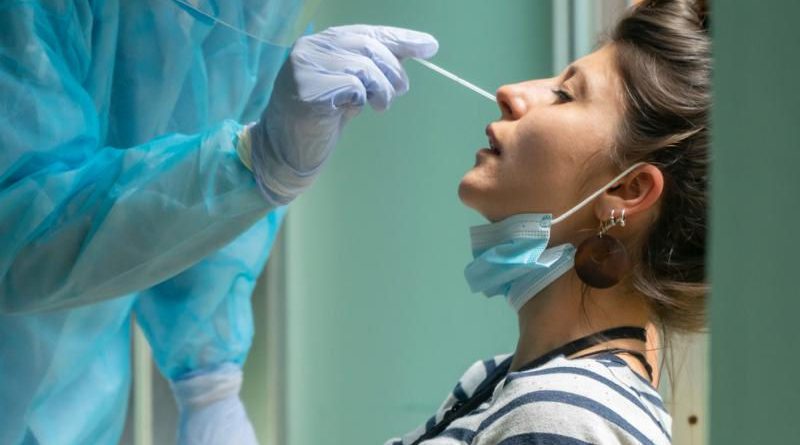 Scientists show COVID tests are ‘useless’, are based on ‘flawed science’.

The ‘worldwide misdiagnosis of infections’ stemming from the tests has resulted in ‘stringent lockdowns which have destroyed many people’s lives and livelihoods,’ the scientists argue.

The original scientific paper establishing RT-PCR tests as the way to identify COVID-19 in individuals, thus fueling the lockdowns across the globe, has been thoroughly debunked by scientists, who call the tests “useless” and “completely unsuitable” to find COVID-19, given they were developed without even having access to the virus itself.

The recently published report examined the original Corman-Drosten paper, in which Real Time Polymerase Chain Reaction (RT-PCR/PCR) tests were proposed as a validated means to detect COVID-19. The protocol proposed is used in around 70% of tests globally and by over one hundred governments. These tests promptly became the motivating factor behind the international phenomenon of nation-wide lockdowns, as cases of the virus were reported to rise.

But a group of 22 independent scientists, termed the International Consortium of Scientists in Life Sciences (ICSLS), have studied and reviewed the Corman-Drosten (CD) paper, finding “numerous technical and scientific errors,” noting that neither the “test nor the manuscript itself fulfils the requirements for an acceptable scientific publication.” They dubbed the CD paper as “flawed science” and called its authors “intellectually dishonest.”

The group presents “ten fatal problems” with the Corman-Drosten paper, and concludes that there is no other choice “but to retract the publication.” Each of the problems is described as being sufficient on its own to render the PCR test “useless as a specific diagnostic tool to identify the SARS-CoV-2 virus.” The ICSLS report highlights the “worldwide misdiagnosis of infections” stemming from the CD protocols, resulting in “stringent lockdowns which have destroyed many people’s lives and livelihoods.”

Lead author of the ICSLS report is Dr. Pieter Borger, an expert on the molecular biology of gene expression, and among the co-authors is Dr. Michael Yeadon, former Vice President of vaccine company Pfizer.

Dr. Paul Sacré offers a brief explanation of how the PCR test works, as an aid to understand the ICSLS’s criticisms of the CD paper. The nasal or throat swab is “processed to isolate genetic material,” then primers — “engineered genetic material” — are added and bound to the viral genetic material, which begins “amplification.” During amplification, fluorescent markers “bound to the copies during PCR” are released, and if enough of these are detected, the test is termed positive.

The first “major” issue identified in the ICSLS review is that the CD paper and the trial PCR tests were written and conducted “without having virus material available,” in the words of the CD paper itself. Instead, the PCR test method was based on “silico sequences, supplied by a laboratory in China.” The CD paper’s aims of development and deployment of a test “are not achievable without having any actual virus material available,” according to the ICSLS.

On the day the CD paper was submitted to medical journal Eurosurveillance, Google data records only 6 deaths from the virus. This leads the ICSLS to question why the CD report predicted “a challenge for public health laboratories while there was no substantial evidence at that time to indicate that the outbreak was more widespread than initially thought?”

Many errors are presented by the ICSLS. The concentration of primers used in the development of the PCR tests are “far too high” for “optimal specific amplifications of target genes.” The variations of primer pairs used in the CD paper mean, “The design variations will inevitably lead to results that are not even SARS CoV-2 related.” Thus, various laboratories could assume they have detected a positive COVID case, using a formula that does not actually detect COVID.

In order for a PCR test to be reliable, “amplification from 3 different genes (primers) of the virus under investigation is required.” Yet the ICSLS found in the CD paper that “in nearly all test procedures worldwide, merely 2 primer matches were used instead of all three. This oversight renders the entire test-protocol useless with regards to delivering accurate test-results of real significance in an ongoing pandemic.”

Continuing, the ICSLS notes that the proposed PCR test contains “severe design errors,” and since the test is unable to distinguish between “the whole virus and viral fragments” it “cannot be used as a diagnostic for SARS-viruses.” A positive test, as mentioned in the CD paper, cannot determine if one is infected with the virus, but “merely indicates the presence of viral RNA molecules.”

The review then deals with the amplification cycles of the tests. The CD paper does not even define what a positive or negative test result is, but does suggest that “45 PCR cycles” are to be performed. While a PCR test can have up to 60 cycles of amplification, both Dr. Sacré and the ICSLS point out that PCR test data from a cycle value of 35 or more is “completely unreliable.” “Only non-infectious (dead) viruses are detected with [cycle] values of 35,” the group adds, as even above 30 cycles there is “a grey area”, where a positive result cannot be trusted.

After the amplification process is complete, “biomolecular validation” is “essential” to determine the presence of COVID-19, since “amplified PCR products can be anything.” But the CD paper’s protocol does not do so, and the ICSLS consequently calls any PCR test developed on such a basis “useless as a specific diagnostic tool to identify the SARS-CoV-2 virus.”

The proposed PCR tests also ignore the “essential scientific gold standard” which is to have a positive control and a negative control, by which to identify COVID-19 from other coronaviruses. Furthermore, the CD paper itself notes the gene used in the tests is not specific to COVID-19, and thus detects “a broad spectrum of other SARS viruses.”

Based on all these errors, and even drawn from text in the CD paper itself, the ICSLS warns that it is “inevitable” that “the PCR test described in the Corman-Drosten paper generates false positives.” This is echoed by Dr. Sacré, who wrote that the chief limitation of PCR tests is the “extreme sensitivity (false positive) if a suitable threshold of positivity (Ct) is not chosen.”

Swiss Policy Research has found that a positive PCR test run at 35 cycles or more, as is common in Europe and the U.S., has a 97% chance of being a false positive.

No peer review, but conflict of interest authorship

The Corman-Drosten paper appears to have received no peer review. It was received to Eurosurveillance on January 21, 2020, accepted for publication the next day, and posted online on January 23. In fact, ICSLS reports that a version of the CD paper was published on the WHO website on January 13, 2020. Evidence thus suggests no peer review has occurred, and the ICSLS writes, “Any molecular biologist familiar with RT-PCR design would have easily observed the grave errors present in the Corman-Drosten paper before the actual review process.”

The group contacted Eurosurveillance for a copy of a peer review, but was eventually told that “disclosure would undermine the purpose of scientific investigations.”

Two authors of the CD paper, Christian Drosten and Chantal Reusken, were found to be part of the editorial board of Eurosurveillance, prompting the ICSLS to say that “there is a severe conflict of interest which strengthens suspicions that the paper was not peer-reviewed.” Such an action is seen as “compromising scientific integrity.”

In addition to that, ICSLS found “severe conflicts of interest for at least four authors,” with two of the authors being the CEO and scientific advisor at PCR test producing company TIB-Molbiol.

Author’s comments on the ICSLS report

Speaking to UncoverDC.com about the Corman-Drosten paper, Dr. Kevin Corbett from the ICSLS report said, “Public Health England is a co-author on it. All the public health authorities across the EU have co-authored this paper. But here is the bottom line: There was no viral isolate to validate what they were doing. The PCR products of the amplification didn’t correspond to any viral isolate at that time. I call it ‘donut ring science.’ There is nothing at the center of it. It’s all about code, genetics, nothing to do with reality, or the actual person, the patient.”

Responding to the point that advocates of the PCR test claim the virus has, as a matter of fact, been isolated, Corbett said, “Yes, there have since been papers saying they’ve produced viral isolates. But there are no controls for them. The CDC produced a paper in July, I think it was, where they said: ‘Here’s the viral isolate.’ Do you know what they did? They swabbed one person. One person, who’d been to China and had cold symptoms. One person. And they assumed he had it to begin with. So it’s all full of holes, the whole thing.”

The ICSLS paper concludes, “In light of our re-examination of the test protocol to identify SARS-CoV-2 described in the Corman-Drosten paper we have identified concerning errors and inherent fallacies which render the SARS-CoV-2 PCR test useless.” 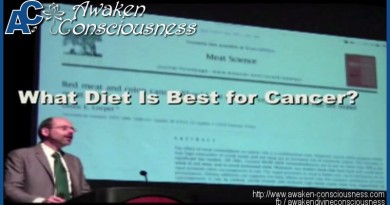 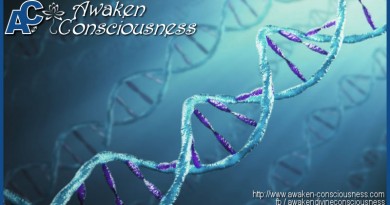 YOUR THOUGHTS AFFECT YOUR GENES 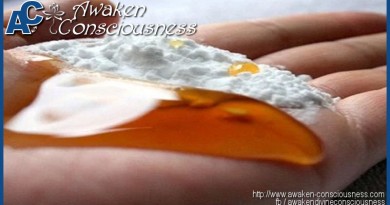