Close Encounters of The Fifth Kind

This page is dedicated to the awakening of global consciousness and to enhancing the awareness concerning extraterrestrial life in space and on earth. For many years people have been seeing UFO’s in the skies and in space and it is an undeniable fact that our earth has been visited by extraterrestrial life forms in the past and present. Close Encounters of The Fifth Kind was first coined by Dr. Steven Greer and is the fifth type of contact on the Hynek’s scale.

There is a lot of evidence that in ancient cultures people worshiped these so called “gods” who were in fact extraterrestrial life forms looking very much like humans who came from the skies with great thunder and lightning, what we would now describe as spaceships.

CE-5 stands for Close Encounters of the Fifth kind which means that it is possible for us “humans” to invoke encounters with extraterrestrial life forms. It is what we call Human Initiated Contact. The term CE-5 was created by Dr. Steven Greer. He is the founder of the CSETI project and is the worlds most renowned researcher in regard to extraterrestrial life. Dr. Steven Greer has also been fighting for more than 20 years against the UFO secrecy that is being kept in place by many governments and against the military and industrial complex who want to keep the ET technology hidden from public because it would mean the end of our fossil fuel consumption as we know it.

On this website you will find testimonials of high ranked military and governmental personnel who have been involved in working on projects concerning ET vehicles, people who have had encounters with ET’s, and astronauts who are witnessing about there sightings of ET life forms in space. We have also added some mandatory educational video’s which everybody should take a look at to have an idea what is really going on.

” The truth is weirder then science fiction!” 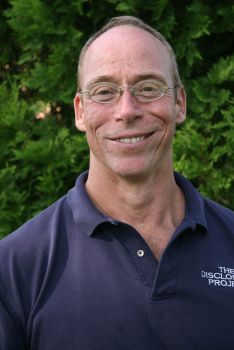 Dr. Greer is widely regarded as the world’s foremost authority on the subject of extraterrestrial intelligence and is the founder and international director of the Center for the Study of Extraterrestrial Intelligence (CSETI). Dr. Greer, as director of CSETI, has led research teams throughout the world investigating the existence of ETI and on several occasions has successfully established preliminary contact and communication with extraterrestrial spacecraft at close range.

Dr. Greer is a lifetime member of Alpha Omega Alpha, the nation’s most prestigious medical honor society, Dr. Greer is an emergency physician and former chairman of emergency medicine at Caldwell Memorial Hospital.

He has met with and provided briefings for senior members of government, military and intelligence operations in the United States and around the world, including senior CIA officials, Joint Chiefs of Staff, White House staff, senior members of Congress and congressional committees, senior United Nations leadership and diplomats, senior military officials in the United Kingdom and Europe and cabinet-level members of the Japanese government, among others,

Dr. Greer has been seen and heard by millions world-wide on shows such as the Larry King Show, CBS, the BBC, NTV in Japan, “Sightings” and “Encounters” TV programs in the US , the Art Bell show, the Armstrong Williams radio show and dozens of other TV and Radio Programs.

He has addressed tens of thousands of people live at conferences and lectures around the world including the international convention of MENSA, the high IQ group, the Institute of Noetic Sciences Board of Directors, and the Sierra Club.

He brings a unique combination of scientific knowledge, credibility , vision, humor and inspiration to his lectures. Dr. Greer relies on first hand knowledge of extraterrestrial activity world wide and has direct sources for information regarding covert operations dealing with the subject.

CE-5 stands for Close Encounters of the Fifth kind, which means that we can initiate contact with extraterrestrial life forms ourselves by making use of a well defined set of protocols.

These protocols enable us to make contact through meditation and to guide any benevolent ET contact to earth and to the place we are residing on that moment. To achieve this we use a very well designed set of protocols, which were designed by Dr. Steven Greer.

We use techniques like Remote Viewing, Coherent Thought Sequencing and Vectoring.

If you want to practice CE-5 meditation it is very important to do it in the right setting. You can do it by your self, and if you do so, make sure that your intentions are pure. If you do it in group, it is very important that this group is very cohesive and that all the participants have the same goal and know what they are doing.

In order to improve your success in making contact we recommend that all participants should be made aware of the fact that contact will only occur if it is safe for them and for you or the group to do so.

Contact can occur in many different ways and forms. It can go from ETV’s (Extraterrestrial Vehicles) or crafts that materialize and dematerialize to telepathic journeys during meditation. A change in the electromagnetic field is also often a sign of presence. Many people have photographed energy Orb’s and ETV’s during and after CE-5 events.

In some cases there has been actual 3D contact with extraterrestrial beings.

There are of course many other acclaimed UFO movies on the internet but please do your due diligence on the authenticity.

Many people feel called to become an Earth ambassador towards extraterrestrial life, and for a good reason because times are changing rapidly and ET contact is becoming more eminent.

If you feel drawn to become more deeply connected than we strongly suggest you gain access to our CE5 Ambassador library in which we provide valuable material towards gaining knowledge on the extraterrestrial subject in general and on how to become an Earth Ambassador specifically.

Access to the CE5 Ambassador library will provide you with the following necessary material:

What will you gain?

The Ambassador library is freely accessible.