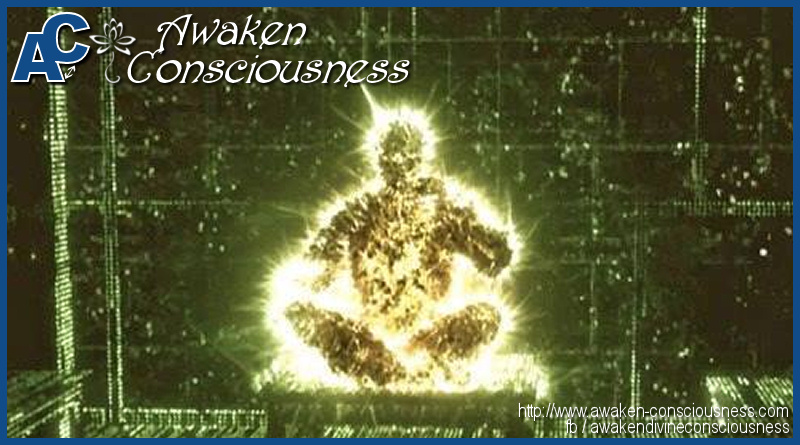 We are made of energy not matter. The new science also accepts that the universe, including us, is made up of energy, not matter. This is not actually new – it was posited by Socrates in Europe way back, and by the ancient rishis in India thousands of years before that.

Socrates said that energy, or soul, is separate from matter, and that the universe is made of energy – pure energy which was there before man and other material things like the earth came along.

However at the end of the seventeenth century Newtonian physics became the corner-stone of science, and it was based on the theory that there is only matter and nothing else – the whole universe is a machine, made of matter, and so are we. Medical science is still stuck in the Newtonian concept, even though the rest of science has now moved on to quantum physics.

Quantum physics says that as you go deeper and deeper into the workings of the atom, you see that there is nothing there – just energy waves. It says an atom is actually an invisible force field, a kind of miniature tornado, which emits waves of electrical energy.

Those energy waves can be measured and their effects seen, but they are not a material reality, they have no substance because they are… well, just electricity. So science now embraces the idea that the universe is made of energy.

We are of course made up of atoms. And atoms are continuously giving off, and absorbing, light and energy, all the time. It doesn’t stop even when we sleep. Every cell in the body has its atoms lined up in such a way that it has a negative and a positive voltage, inside and outside. So every cell in our body is a miniature battery. Each cell has 1.4 volts of energy – not much, but when you multiply by the number of cells in your body (50 trillion) you get a total voltage of 700 trillion volts of electricity in your body. Pretty strong stuff! This is what the Chinese call ‘chi’, and is also the energy used in hands on healing. It can even be measured outside the body for a certain radius, depending on the sophistication of the instrument. And guess which has the stronger electro-magnetic energy field – your head or your heart? For the answer, see the end of this article.

Now here is another interesting fact which relates to our lives… Each atom has its own distinct frequency, or vibration. And quantum physicists study the energetic effect when atoms collide, not their ‘matter’. What they see is that when two atomic waves meet, they either meet in sync, creating a constructive or harmonious effect, or they meet out of sync, creating a destructive effect in which they annul each other. 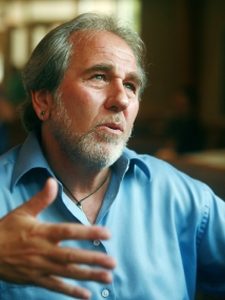 , a former professor of medicine at Harvard University and author of the best-selling ‘Your mind is greater than your genes’, explains that if you drop two equal pebbles at exactly the same time into water, from the same height, they will both produce the same wave ripples. Ie, their waves will be in harmony with each other, and when their ripples meet the combined effect will be an amplification of the wavelength – in other words the merged waves become more powerful. But if you drop the pebbles from different heights or a millisecond apart, then when the resultant waves meet they will not be in harmony and will cancel each other out – the waves become weaker. You can try this out for yourself.

Exactly the same thing happens when atomic energy waves meet – they either have a constructive effect (become more powerful) or a destructive effect. Now, we are all created of atomic energy waves, and because it is impossible to separate waves, the new science says what Osho was saying over forty years ago: we are all connected – our waves are always meeting and getting entangled in each other. Dr Lipton says the result of such invisible meetings we call ‘good vibes’ and ‘bad vibes’, depending on whether the other waves we meet are in synch with us or out of synch. No wonder so many people were ‘magnetically attracted’ to Osho and felt peaceful and harmonious in his presence.

This means it is important to be aware of whether you are in an environment where you are getting entangled in destructive energy waves or constructive energy waves. The cells that make up our bodies know instinctively what is nourishing and what is toxic (Lipton demonstrates this with cells in petri dishes which move away from toxic stuff and towards nourishing stuff). And in fact all animals and plants communicate through vibrations, ie by sensing whether the energy is good for them or not. But we have been taught not to listen to our feelings but instead to what people say. So we are not trained to use our ability to sense energy, even though we have it just as all plants and animals have.

Many of the meditations Osho describes in The Book of Secrets work with the senses, and are a great way to get back in touch with your natural instincts so you can have more awareness of when you are in a nourishing or a draining situation. 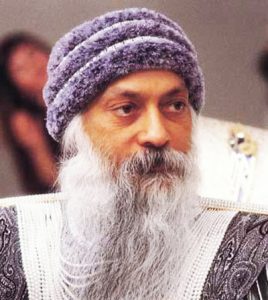 Even science has come to the conclusion that there is no such thing as matter. How amusing it is that fifty years ago Nietzsche declared that God is dead, and fifty years from now science will have to declare that God may or may not be dead but matter is certainly dead. As science goes deeper and deeper into matter it finds that matter is no more and only energy remains, only energy is.

What remains after the explosion or splitting of the atom is only particles of energy. And what we know as electrons, protons and neutrons are particles of electricity. In fact, it is not correct to call them particles, because particles imply matter. The scientists had to find a new word, which is quanta, which has a different connotation altogether. Quanta is both a particle and a wave. It is difficult to comprehend how something could be both a particle and a wave simultaneously, but quanta is both. Sometimes it behaves as a particle – which is matter; and sometimes it behaves as a wave – which is energy. Wave and energy are behaviors of the same quanta. 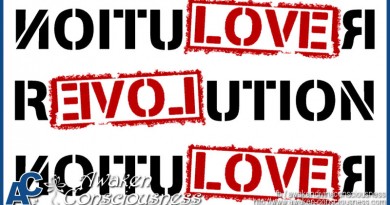 We are from the future 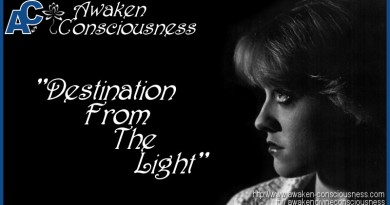 Destination from the Light